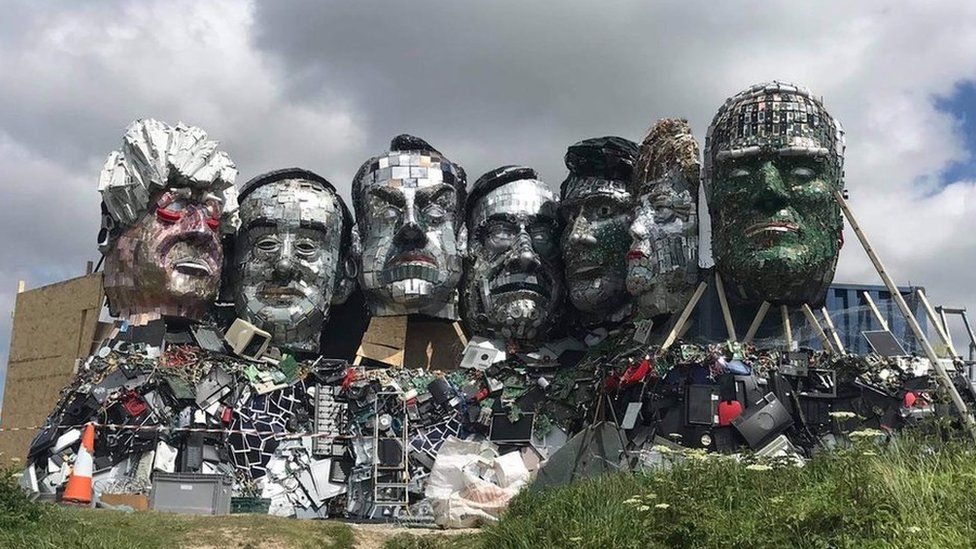 A new sculpture to highlight the issue of electronic waste has been built in Cornwall in preparation for the G7 Summit, which will see 7 world leaders discuss big issues such as Covid recovery, climate change and trade.

Joe Rush explained to the BBC, that the location for his sculpture had to be highly-visible to the seven leaders during the summit and therefore chose to build the piece just across the water from the Carbis Bay Hotel, where the summit is due to take place. In an interview with the BBC, Joe Rush said “We have this looking at them and hopefully we’re going to prick their conscience and make them realise they’re all together in this waste business.” He further added that “The key message is ‘talk to each other’ and let’s sort this mess out”. When talking about the reusability and recyclability of electronics, he said ”It needs to be repairable or made to last longer because the stuff is going into landfill.”

As great as technology is in the modern world, it is definitely not the most environmentally friendly industry. In 2019, the electronics industry was responsible for a gigantic 53.6 million metric tonnes (Mt) of e-waste across the world.¹ That’s equivalent to the weight of 350 cruise ships and is up by an alarming 21% over the past five years.

Even more troubling is the fact that, at the current rate, global e-waste will reach 74 Mt by 2030, almost double the 2014 figure. These figures make e-waste the fastest-growing domestic waste stream in the world – a fact that should make everyone take a very different look at their devices.

The environmental impacts of our ever-increasing digital world cannot be ignored. The ICT industry accounts for around 2.5-3% of global greenhouse gas emissions and this is predicted to rise to 14% by 2040.²