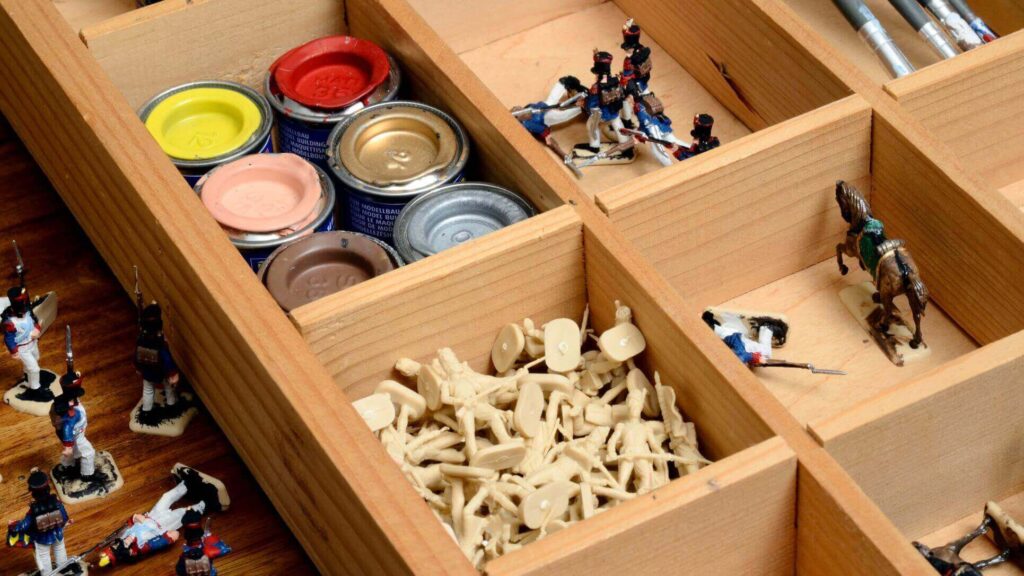 What Is A Diorama And How To Make A Shoebox Scene

A diorama is a crafted 3D scene, typically made to a life-size scale (as seen in museums and tourist hotspots) or as a miniature model. The miniature model versions are often built by hobbyists with aligning interests in cars, planes, ships, military events and history, model figures and games. Although model dioramas often depict real-world environments or events, there is an increasing growth in fictional scenes created; inspired by pop culture media.

The meaning of the name ‘’diorama’’ has changed throughout its history and even today struggles to have a clear definition. Dioramas cover everything from miniature cardboard cases like the Japanese “Tatebanko” paper dioramas to life-size installations in prominent museums around the world.

The name “diorama” was claimed in 1822 by Louis Daguerre, a French artist and photographer, who first exhibited one in Paris in July of 1822. The origin of illusionary displays of landscapes or scenes is suggested to have started much further back in time and might have been invented individually more than once.

What You Will Need

Before you get started, it’s not essential to use a shoebox for this. You can make the base and the walls of your diorama out of any bits or cardboard, a shoe box is just a good starting point for beginners to gauge what works and what doesn’t.

Instructions On How To Make A Shoebox Diorama

The below guide is tailored for making simple shoebox dioramas, which are great for children to get involved with and make for school projects. The below may encourage any adults to start making their own more detailed and crafty versions.

Step 1: Create The Base For Your Scene

A base is arguably the most important aspect of a diorama as it ‘sets the scene’ on which you’re diorama will be fixed. As we’ve suggested using a shoebox for this, this will give you the sides you have to work with. Remove the lid from the shoebox and place the box standing in the lid. This will be the general layout of the diorama. (You can remove parts of the shoebox, or all of it and just keep the lid, to change up the scene environment if you have an idea of what you want to create.)

The reverse of the lid should have a clear base colour, like plain cardboard or white, as painting on top of it will be easier. If your shoebox doesn’t have a clear base, mask the bottom with paper and paint it. The colour of the base depends on what scene you want to create in your diorama, like brown/green for a forest scene or grey/black for an urban/city scene etc. If you’re creating a room or a house, you could even cut up craft sticks (ice-lolly sticks) to make a wooden floor.

Once the base has been established, the background is ready to be introduced. Having painted and designed your base, you should have an idea of the scene you want to create. You can cut up cardboard strips and glue them together to create buildings for an urban city scene or find small twigs and branches to create a forest scene. You could even gather real leaves and cut them into small pieces to make the scene look more detailed and real.

Once you’ve created your scene objects, you can arrange them within the space of a shoebox to create an interesting composition that matches the vision you had for your diorama. It’s important to remember when arranging all the elements that they should be arranged in a thought-out manner so that the composition as a whole appears balanced and accurate (to an extent).

Step 3: Make And Place Your Figures

With the background created, it’s time to make the figures. They can be made out of any materials you find, like cocktail sticks, paper, tin foil, etc. It all depends on the type of figures you want to make and how much detail you want them to have. If your figures are thick enough and well developed, you could even paint them.

We suggested making your own figures, but you can of course use any toy figures that are small enough and work to the scale of your diorama. For example, back to the urban city scene, depending on the scale of your buildings, you could easily use a die-cast car model (like Hot Wheels). It all depends on the type of scene you want to create, the scale that you’re going for, and the visual effect that you’re trying to achieve.

Step 4: Put It All Together

Now that you’ve decorated your base, built your backgrounds and designed your figures, it’s time to put them all together! When building your background you may have decided to remove some of the sides of the shoebox to show more of the scene from multiple angles. It’s important to have a clear idea in mind of what you’re trying to achieve, but it’s always good to be able to adapt to any changes that may occur.

When everything is glued in place, painted and you’re happy with it, a step back, take it all in and enjoy what you’ve made! You should be able to see a clear image of the scene you envisioned. Don’t forget to add any finishing touches if needed.

Uses For Your Diorama

Now with a completed diorama, you may be thinking what next, what do I do with it? Apart from showing it off as an amazing piece of handcrafted 3D artwork, we have 3 suggestions on how you can use and show off your diorama.

No.1. School Projects And Education

There are many times in education when the teachers have assigned homework to children asking for creative visual examples relevant to the subject they’re studying. One way to do this is with a diorama.

It’s a great way to show a scene as a whole, as opposed to an individual element which may be the focus of a model or drawing. Dioramas are great for book reports and show if you paid attention to the book. It’s also a great way for parents to spend time with their children and bond over a fun craft.

No.2. Telling A Story

When telling a story, visual examples are a great way to get others engaged and interested. Making a diorama that represents a scene from the story works really well to this effect.

Dioramas are great for games and roleplaying such as Dungeons and Dragons (DND), where you play out a story using your imagination. Games like DND often include maps and figures, but creating a diorama of a scene within the story, like a tavern, will really help bring your story to life and help the players to visualise what’s going on.