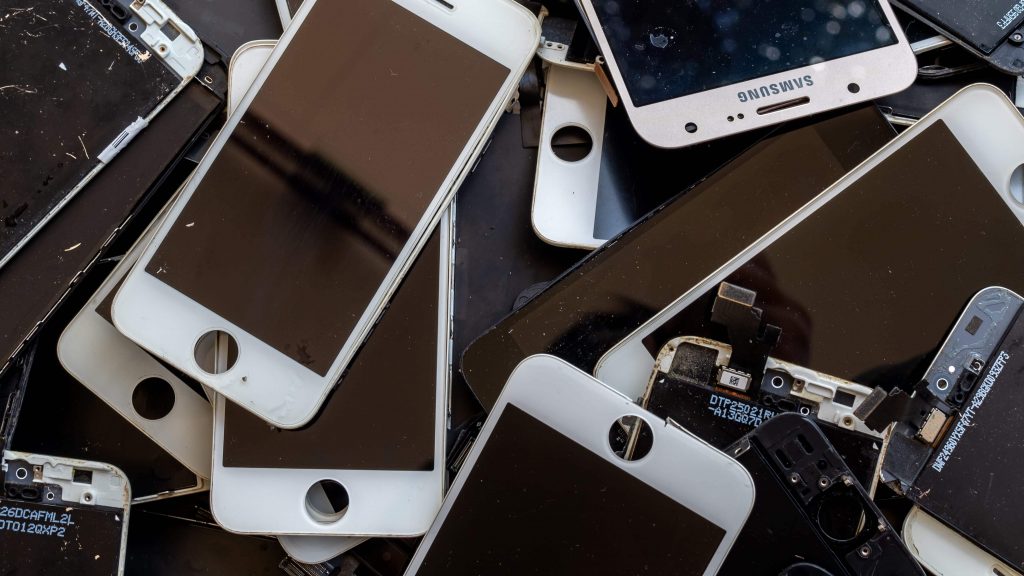 Our e-waste problem – It’s time to take a different look at your devices.

One record the electronics industry won’t be proud to break is its own size of e-waste. In the world of electronics and digital, new records are set every day. Speed, size, image resolution, connectivity, simplicity – with every new launch or software update, performance parameters are increased and limits pushed further. It’s got to the point where there are no surprises in the digital industry. Indeed, the only surprise would be if a device managed to lower its performance or increase in size.

However, the amount of e-waste we produce is increasing every year, and it’s becoming a problem. In 2019, we produced a gigantic 53.6 million metric tonnes (Mt) of e-waste across the world. That’s equivalent to the weight of 350 cruise ships the size of the Queen Mary 2, and up by an alarming 21% over the past five years.

Even more troubling is the fact that, at the current rate, global e-waste will reach 74 Mt by 2030, almost double the 2014 figure. These figures make e-waste the fastest-growing domestic waste stream in the world – a fact that should make everyone take a very different look at their devices.

The figures come from the recently released Global E-Waste Monitor 2020, a new report compiled by the United Nations, the International Telecommunication Union, and the International Solid Waste Association. Every five years, the report gathers data from around the world to assess the amount of e-waste generated by each country and highlight key areas for improvement.

Defined as “discarded products with a battery or plug such as computers and mobile phones”, e-waste is increasing thanks to higher electric and electronic (EEE) consumption rates, shorter lifecycles and limited repair options. Many people now see devices and appliances as ultimately disposable, simply discarding them when it’s time for an upgrade. Others may to keep hold of them, but are unable to find a cost-effective way to repair them.

Either way the device ends up in the waste stream, and of the total amount of e-waste generated around the world, just 17.4% was collected and recycled in 2019.
“What is most concerning is not only the quantity of e-waste that is arising, but the fact that recycling technologies are not keeping pace with the growing amount of e-waste,” says Vanessa Forti, the lead author of the report. “That is the key message: the recycling needs to improve.”

The importance of recycling e-waste isn’t just the prevention of bulky items ending up in landfill, it’s the removal of toxic metals and refrigerants that increase the amount of carbon in the atmosphere. The e-waste report estimates that improperly discarded fridges and air conditioners released a total of 98 million tonnes of CO2 equivalents into the atmosphere in 2019, which is equivalent to 0.3% of all greenhouse gases released in that year. The small amount of e-waste that was recycled in 2019 prevented the emission of 15 million tonnes of CO2.

When electronic devices are simply thrown away, materials such as iron, copper and gold are thrown away with them, creating the need for more mining. It’s estimated that the value of raw materials in all global e-waste generated in 2019 is equal to a staggering $57 billion.

“If we cannot recycle electronic waste, we’re also not taking back materials into the loop, which means we have to extract new raw materials,” explains Vanessa Forti.

There are small lights at the end of the tunnel. Many countries have begun to implement national e-waste policies, with 78 having some regulation in place. Tech giants are also under an increased amount of pressure regarding their environmental policies and carbon emissions. Amazon has announced it’s aiming to be carbon-neutral by 2040, Google has pledged to include recycled material in its devices by 2022, and Apple has announced that by 2030, “every Apple device sold will have net-zero climate impact.”

What’s also vital is that you are aware of the impact your devices and appliances have on the environment and, where possible, to reuse, recycle and repair, rather than simply throw away. The planet depends on it.

• For more information about the Global E-Waste Monitor 2020 report, go to globalewaste.org