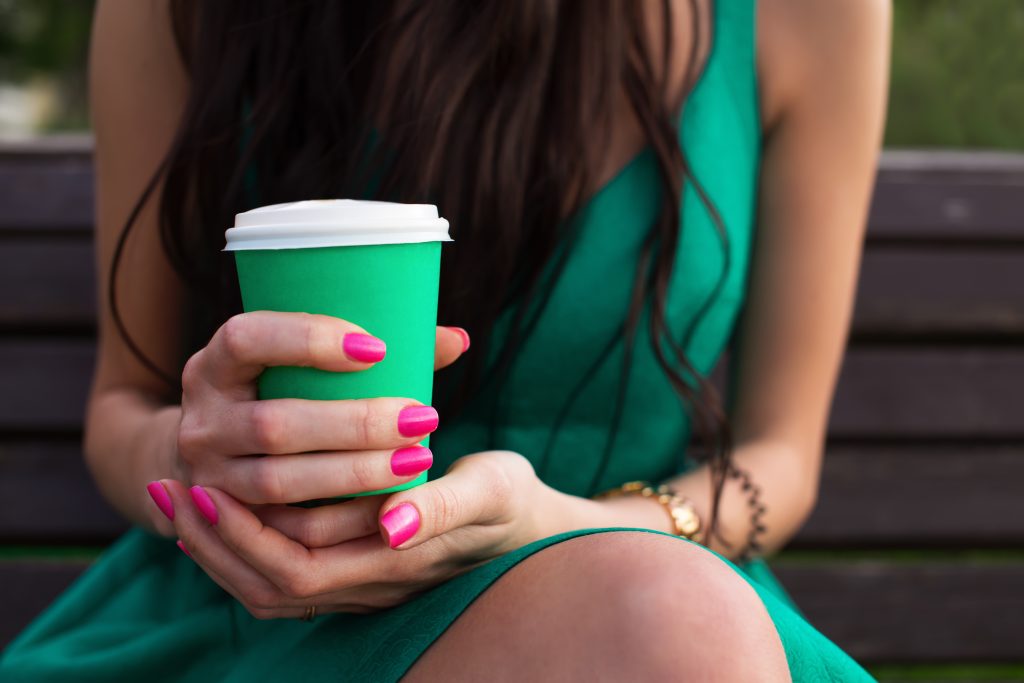 Your daily coffee is turning into a serious environmental problem

With over seven million cups going to landfill every day, having your daily coffee is turning into a serious environmental problem. So what’s the solution?

A few years ago, the most pressing concern of most high street coffee drinkers was whether the bored-looking barista had spelt their name right. Now, in a new era of single-use plastic awareness, many will look at their takeaway cup and wonder where it will end up once the last drop of coffee has gone.

In the UK, over seven million disposable coffee cups are thrown away every single day, which stacks up to an astonishing 2.5 billion every year. But while many coffee companies promote the recyclable nature of their cups, the vast majority simply end up in landfill because of the challenge of separating the polyethylene from the paper.

Spurred on by the prospect of government legislation on plastic waste and the opportunity to enter such a huge and lucrative market, a number of packaging companies have been working on solutions to the problem, including compostable cups and reusable cups – neither of which have caught the public’s or the retail world’s imagination. However, a third solution may just be the answer.

From bags to riches

Cumbrian paper manufacturer James Cropper have been working on recycling the fibre used in coffee cups since 2013, when they began formulating a method for separating the plastic from the paper. Once separated, they then use the recycled fibre to create premium papers used to make thousands of bags for upmarket retailer Selfridges, as well as packaging for Lush handmade cosmetics and the Extract paper range for specialist paper merchant GF Smith. This year they have already recycled 24 million coffee cups, with Costa, McDonald’s and Starbucks all collecting their used cups to be recycled.

“We have a unique process at our mill to bring in used cups and upcycle them into new, beautiful paper products,” explains Richard Burnett, Market Sector Manager at James Cropper. “Perhaps one reason why we’ve made it work is that we only recycle cups. We don’t take any other type of recycled fibre, so we’ve been able to optimise the process to increase efficiency and quality.”

The advantage to using recycled fibre from coffee cups is that, due to food safety regulations, the cups are manufactured using virgin fibre. So once it’s recycled, it can be used to produce high quality paper that can itself be recycled again and again.

“From our perspective there’s more value in recycling the fibre used in cups rather than being able to compost it,” says Richard. “We are seeing a lot of interest in recycling fibre, with customers wanting a lot more recycled content in their products.”

Another organisation that’s seeing the potential in recycling coffee cups is Hubbub, a charity that works with big businesses to encourage people to change their behaviour towards the environment. Enlisting the support of companies such as Costa, Marks and Spencer, McDonald’s, Nestlé, Pret A Manger, Starbucks and a group of the leading coffee cup manufacturers, they set up recycling bins in the City of London with the ambition to collect and recycle half a million coffee cups. By the end of the campaign, they had recycled over six million.

“The campaign actually started in Manchester in 2016 with one recycling bin to see what would happen,” explains Trewin Restorick, CEO and Founder of Hubbub. “And it got broken into, because people were after the vouchers printed on the cups. But eventually that one bin collected over 35,000 cups and, taken with the Square Mile Challenge, we are now able to recycle coffee cups in the UK, which is a huge achievement.”

With a report by the Environmental Audit Committee recommending to the government that disposable cups should either all be recycled by 2023 or be banned altogether, this is clearly an issue that needs to be tackled by the retailers, the recycling industry and the public alike. Whether a workable solution will be found in that time remains to be seen, but with a lot of people doing a lot of work in the recycling area, we may finally be seeing the end of coffee cup waste.