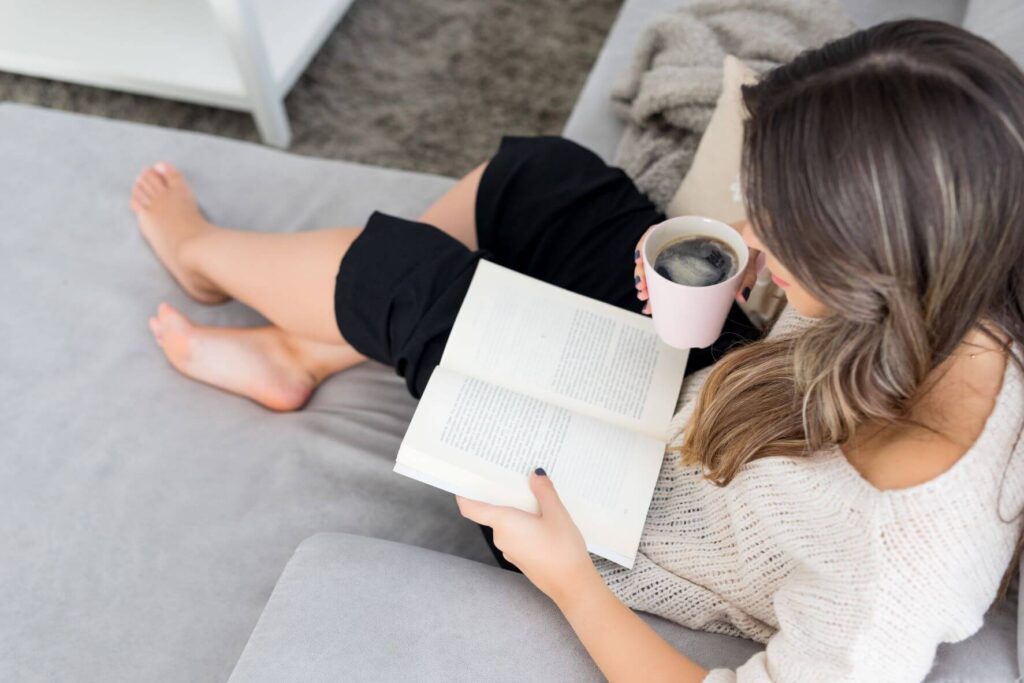 Settle Down With A Story This Book Lovers Day

Book Lovers Day, also referred to as National Book Lovers Day over in the U.S., is an unofficial holiday celebrated every year on August 9th.

It’s a day for bibliophiles (book lovers) to celebrate reading and literature and encourages everyone to put down their smartphones or electronic devices and pick up a book instead.

How do you celebrate Book Lovers Day you may ask? All you need to do is pick up a book and begin reading. Many people read for fun, to escape everyday life, to learn or to be brought to the edge of their seats through sheer anticipation. The genre of the book does not matter, it’s the time you spending reading which does.

The History Of Printed Books

Book Lovers Day is recognised around the world but its origin and creator remains unknown to this day. Whilst the history of the day remains a mystery, the history of printed books does not. Before we had printed books, we had stories. Telling a story was a shared act of describing the events of daily life to teach a lesson, instil entertainment to those around you or give a warning to others.¹ The earliest examples of storytelling have been recorded through pictures and etchings on bones, cave walls, stones or clay tablets. Just before the invention of paper almost 2,000 years ago, inventors in China first created cloth sheets to record their drawings and writings. Paper, as we know it today, was also first made in China.

The printed book was created to make writing and drawing portable for those that could not carry around stone tablets. The first documented printed book written on paper is believed to have also been made in China. It was created using a variety of natural materials like mulberries, hemp and bark to form pulp, which could then be pressed and dried to form paper. This wasn’t your average size book page however, as each sheet of paper was about the size of a newspaper and called a “leaf”. When the “leaf“ was printed on using wooden printing blocks with ink, it became known as a “folio”.²

Fast forward many years later to 1450, Johannes Gutenberg had created and perfected the world’s first ever printing machine which was ready to use for commercial printing as we know it. Named The Gutenberg Press, the 1st book to be printed was named The Guttenburg Bible. Following the success of the 1st mechanical print machine, printers popped up all across Europe and then around the globe. Over time as technology and processes developed, printed books became much smaller and are what we know them as today.

During the national lockdowns of 2020 into 2021, book sales were at an all time high. According to book data sold through Amazon, some of the most popular genres were fantasy, sci-fi, autobiographies and self-help books. These high-demand genres revealed our need for escapism during those difficult times and how books can be a big help to us.

Now that things have begun returning to normal, we understand the want to read a book can be undone by the time required as we return to work and resume our day to day routines. Therefore, we have devised three ways of being able to read each day while on a busy schedule with Tips On How To Make Time For Reading. If you do manage to find the time to read a book, it can be a challenge getting back in reading after a while away from the pages. Losing that love for reading can happen to avid and casual readers alike. Fortunately, we have compiled 15 Tips To Get Back Into Reading. It can be easy to fall into a particular genre and stick to it, especially if you are a new reader. So why not try out Blind Date With A Book to spice up your reading life.

Not only is reading an enjoyable activity and a great way to spend your free time, but reading has been proven to improve mental stability and general mental wellbeing. From enhancing your brain function to reducing stress, here are 6 Ways Reading Can Improve Your Mental Wellbeing from just a few pages a day. There are also the educational benefits of reading in print as a compelling report published by PISA, the OECD’s Programme for International Student Assessment, confirms that students perform better when they read from printed materials rather than digital devices.

Now you know more about National Book Lovers Day, the history of paper books and the benefits of reading from printed materials, go make yourself a cup of tea, settle down on the sofa, get comfy with your favourite book and start getting lost in the pages before you.