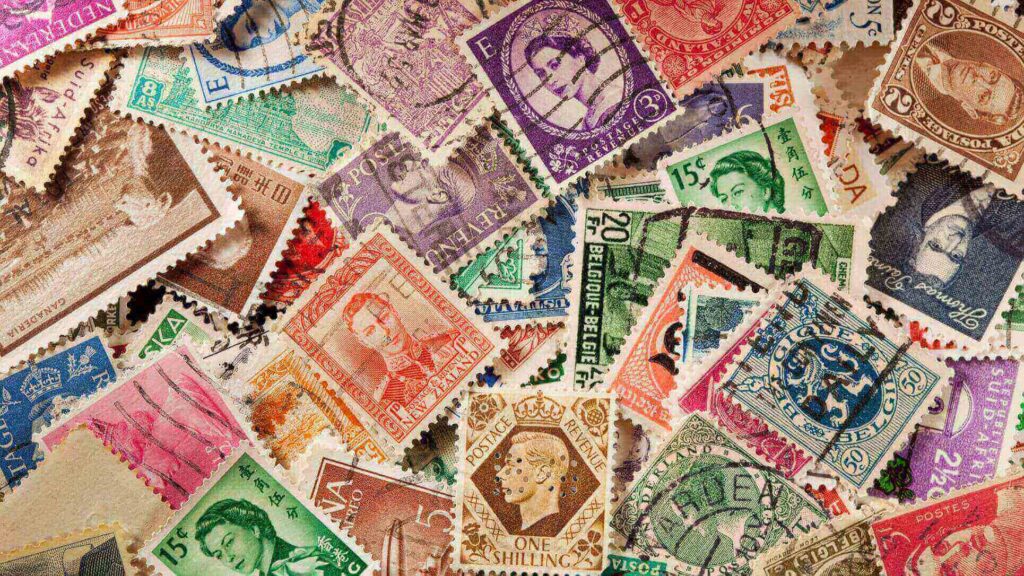 The idea of studying or collecting postage stamps – or philately, to use the official term – might be dismissed by the majority of us as being a bit stuffy, boring or old fashioned, but the truth is, stamp collecting is perhaps more interesting than many of us realise. Plus, postage stamps are another example of how paper makes an important contribution to our everyday lives.

A Brief History Of The Postage Stamp

It was Englishman Rowland Hill who, in 1838, first came up with the idea of applying a stamp to letters to indicate that the cost of postage had been paid for by the sender. Until then, postage costs were paid for by the recipient of the letter.

The first adhesive postage stamp, the Penny Black, was issued in 1840. It was introduced to standardise the rate of postage in the United Kingdom, making it available to all and not just the wealthy. Surviving examples of this insignificant looking stamp, costing just a penny in 1840, can fetch in excess of £100,000 today.

While some philatelists are drawn to stamp collecting for the thrill of finding a rare stamp that might be worth a small (or large) fortune, others are drawn to their beauty as miniature works of art. And far from being a hobby of a past generation, stamp collecting is enjoying a resurgence as millennials, drawn to ‘its vintage – and Instagram – appeal’, are taking up the hobby.

As well as being beautiful, stamps also provide an insight into a nation’s culture and history. While the majority of early stamps typically featured the country’s head of state, over time they have come to feature depictions of events, historic figures or celebrations.

Since their introduction, billions of postage stamps have been produced, making it a relatively easy and inexpensive hobby to take up. For anyone thinking about exploring stamp collecting as a hobby, Stanley Gibbons, the world’s longest established rare stamp merchant, shares a wealth of information in its Guide to Stamp Collecting.

In essence, here’s where to start and what to look out for:

Stanley Gibbons recommends buying the ‘largest packet of whole-world stamps you can afford’ and then sift through them to see which catch your eye. Oxfam, for example, sells bags of 1,000 world stamps for £12.99 (at the time of writing) or you can find endless lots for sale on eBay at a variety of price points. It might also be worth asking older relatives if they have a collection from their childhood.

Used stamps are the cheapest option. They will often have postmarks on them, which makes them less valuable but no less interesting. Fine used stamps will have a slight postmark visible but will otherwise be in good condition. If you come across an older unused stamp, check that the adhesive gum on the back is intact, which can add to its value.

Another good way to begin a stamp collection is to look at the Royal Mail’s calendar of commemorative stamps that it releases each year. Available this year is a collection of stamps to celebrate the Queen’s Platinum Jubilee, while later in the year there will be a collection to mark the 2022 Commonwealth Games.

The endless variety of stamps available can be a bit overwhelming so it’s a good idea to begin by collecting stamps according to a theme: that could be a country, an international sporting event such as the Olympics, animals, vehicles, and so on.

Tweezers are considered an essential piece of equipment for stamp collectors as is a book to keep them in. You can buy specially produced ‘stockbooks’ or a simple binder to which pages can be added will suffice- the important thing is to not permanently fix the stamp to the page. A magnifying glass will help to reveal the stamp in all its glory, including how it was printed.

These help in the identification of stamps and the stamps available for a particular theme you might be collecting. They are produced by a range of companies, the most famous of which is probably Stanley Gibbons.

Still think stamp collecting is boring and old-fashioned? If you don’t like the idea of collecting stamps, you might still find a use for a stamp from time to time: the art of writing letters has experienced a resurgence over the last couple of years and is proven to be a great stress reliever and can be a form of meditation – read our article all about it.