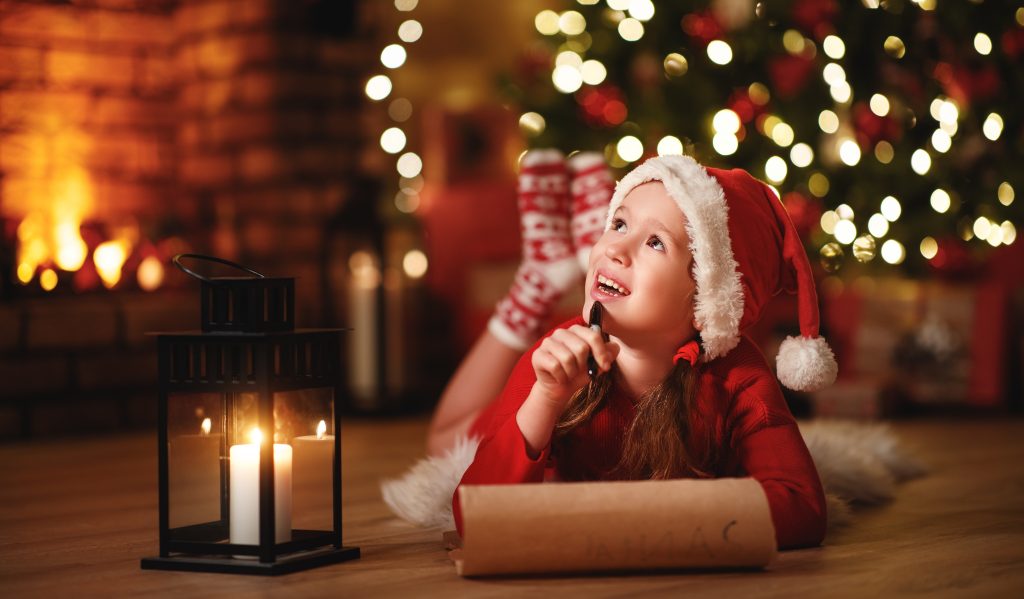 December is now upon us and for many, that means it is time to start preparing for the Christmas festivities. This often entails a great deal of planning, shopping, cooking and usually a lot of stress to boot. But whilst we adults are busy with the organisation; the younger members of the family may be preoccupied with something a little more magical…

We are, of course, referring to a certain red-robed, portly fellow, who with the help of his elves and magical reindeer, bestows gifts to all the good children on Christmas Eve.

From gazing up at the sky on Christmas Eve to leaving out a mince pie on the mantelpiece, Santa Claus has enchanted the imaginations of children during the Yuletide season for many years. Youngsters eagerly try and seek out a glimpse or at least some trace that St. Nick has visited their home.

Alas, St. Nick is a rather elusive character and trying to catch him on your rooftop or fumbling down the chimney is a bit of a hapless task. However, there is one-way children can get a real, tangible connection to Santa and it’s a way countless generations of kids have been reaching out to him – the handwritten letter.

Writing to Santa is a tradition dating back over 150 years. However, it may surprise you to find out that it was actually Mr. Claus himself who embarked on writing the letters. Santa would write to the children to let them know his thoughts on their behaviour throughout the year, setting out whether he deemed you naughty or nice.

As times moved, and the giving of gifts became an integral part of Christmas, the letter writing soon switched and children would write to Santa in good time before Christmas to ensure he was aware of how good they’d been and these letters became the ‘wish lists’ we are more familiar with today.

Writing to Santa is a tradition dating back over 150 years. However, it may surprise you to find out that it was actually Mr. Claus himself who embarked on writing the letters.

Open fire. The ashes of the letter would be billowed up in the smoke and carried across to Santa’s grotto. There is something quite magical about this method but it’s not always convenient if you don’t have a working fireplace.

The most popular way to get your letter to Santa is to put it in an envelope and pop it in the post. Depending on where you are in the world, local mailing services offer a special address to send your Santa letters. In the UK, Santa resides in ‘Reindeerland’, but in the USA you’re better off addressing your letter to the North Pole.

Wherever you post your letter, the process of writing a handwritten note to Santa Claus himself is sure to delight your little ones. Sadly, these days the art of letter writing is seldom seen, especially among the younger generations. This end of year tradition is a rare treat to ignite your children’s literary creativity. Not only is this an enjoyable pastime, but the activity of writing by hand is beneficial to children too. Handwriting helps develop hand-eye coordination, encourages creativity and stimulates mental activity.

Santa receives a lot of letters each year, so it is a good idea to make sure yours stands out! There are plenty of Santa letter kits to buy off the shelf, but nothing can substitute a blank sheet and a child’s ingenuity.

Click here to download a letter to Santa template that you can print off and use to let Saint Nick know what is on your families list this Christmas. Here are some top tips for when helping your youngsters write the perfect letter to Father Christmas:

1. Remember This Is A Letter, Not Just A List.

Rather than jumping straight into a Christmas wish list, let this be an opportunity for your child to learn the basics of letter writing. Encourage your child to include a greeting to Mr. Claus, ask him how he is, and make sure spelling and grammar are correct. As well as being a fun activity, writing the letter can be educational too.

Santa enjoys receiving letters from all the boys and girls across the globe and he especially enjoys seeing colourful creations and decorated cards. Get out those felt tip pens and glitter glue and make this a creative activity and a chance for kids to get artistic.

As well as this being a lesson in letter writing, it is important to remind eager children to think about letter writing etiquette. Don’t forget to thank Santa for the gifts he brought last year and include an advance thank you for the gifts he shall be bringing, reminding children that the true spirit of Christmas is far more than just receiving.

Whichever way you choose to write it and however you choose to send it, the simple pleasure in creating a handwritten piece with your child is sure to add a bit of Christmas magic to your festive season!