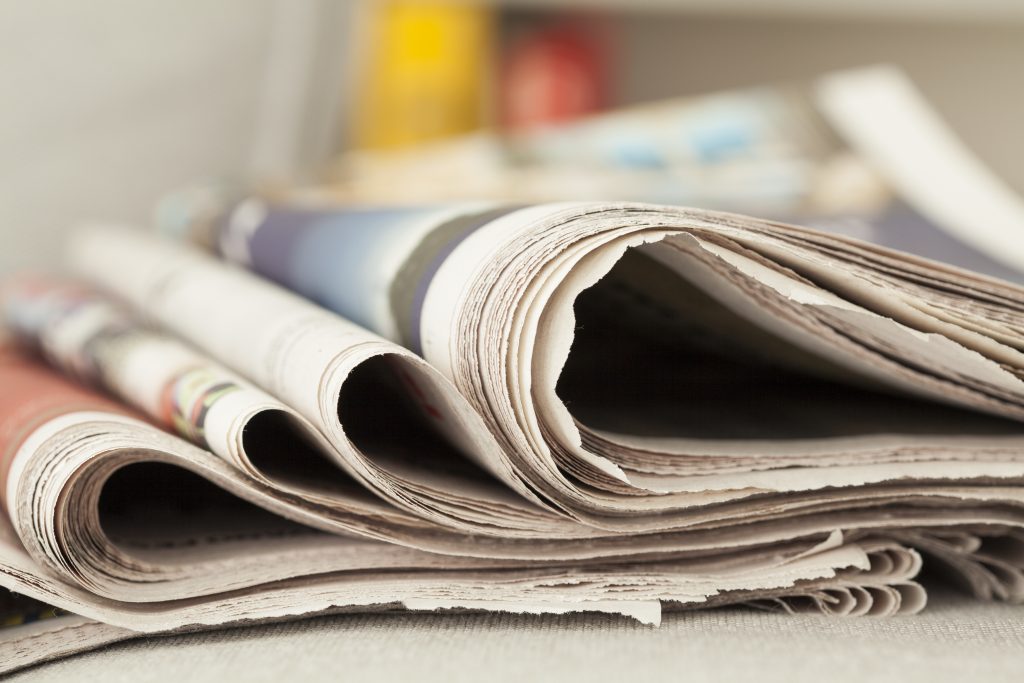 Closures of print editions of local newspapers are affecting some people so much they are ringing up their local MP for news. So why are local newspapers so important and what can be done to save them?

Every month, a large number of elderly people ring their local MP. But while most of them call with concerns about their neighbourhood, requests for community help, or complaints about council services, an increasing number are ringing simply to find out the local news.

“I was amazed to have elderly residents ringing my office to say would I keep them informed of the news,” Robert Halfron, MP for Harlow in Essex, recently told the BBC. He went on to say that many older people didn’t have access to online news and were left isolated when local newspapers close down.

The newspaper in question is the Harlow Star, the third of three local newspapers that have ceased to produce a print edition for the 86,000 residents of Harlow. The paper followed a familiar pattern to local newspapers up and down the UK: cost-cutting, layoffs and consolidation of staff in editorial ‘hubs’. But while such closures aren’t great for the staff who lose their jobs, they are devastating for local people, cutting off entire sections of the community, leaving them feeling desperate for news and information.

According to the recent Cairncross review, the collapse of the local news industry poses a threat to the “long-term sustainability of democracy”

“A local newspaper isn’t just about news, it’s a thread that binds a community together,” said Robert Halfon, “especially if they’re elderly. They have no idea what’s going on, what’s happening to the hospital, what the council are deciding, what the schools are doing, what their grandchildren are doing.”

The media companies responsible for the closures point towards newspaper websites as effective replacements for the print edition. However, many elderly people and those on low incomes are often unable to afford to pay for internet connection or the hardware to view it on. And there are those that simply prefer to read their news in print.

But the importance of local papers doesn’t stop at just keeping people up to date with council meetings and community events. According to the recent Cairncross review, the collapse of the local news industry poses a threat to the “long-term sustainability of democracy”.

Written by Dame Frances Cairncross, the Cairncross review is an independent report on the future of British media, and among its many recommendations, stated that the government should provide direct funding for public-interest news outlets, with public funds used to support the reporting of local democracy.

“The cost of investigative journalism is great and rarely seems to pay for itself,” the report stated. “Given the evidence of a market failure in the supply of public-interest news, public intervention may be the only remedy.”

The Cairncross review provided some positive news for the local newspaper industry, as well as the millions that rely on it for information. But rather than wait for its recommendations to be acted upon, a number of local journalists are taking matters into their own hands and creating their own newspapers.

One such entrepreneur is Richard Gurner, who writes, produces and distributes 13,000 copies of The Caerphilly Observer. Every week he makes a 100-mile round trip around the Welsh valleys, delivering the newspaper to newsagents, libraries, restaurants, even chip shops, ensuring that the community has a regular print newspaper to keep them informed.

“For me, being a journalist is about speaking to people face to face and getting to know your community,” says the newspaper’s founder, publisher, editor-in-chief and head of distribution. “We haven’t really looked back since we launched the print version. That’s when things really took off for us.”