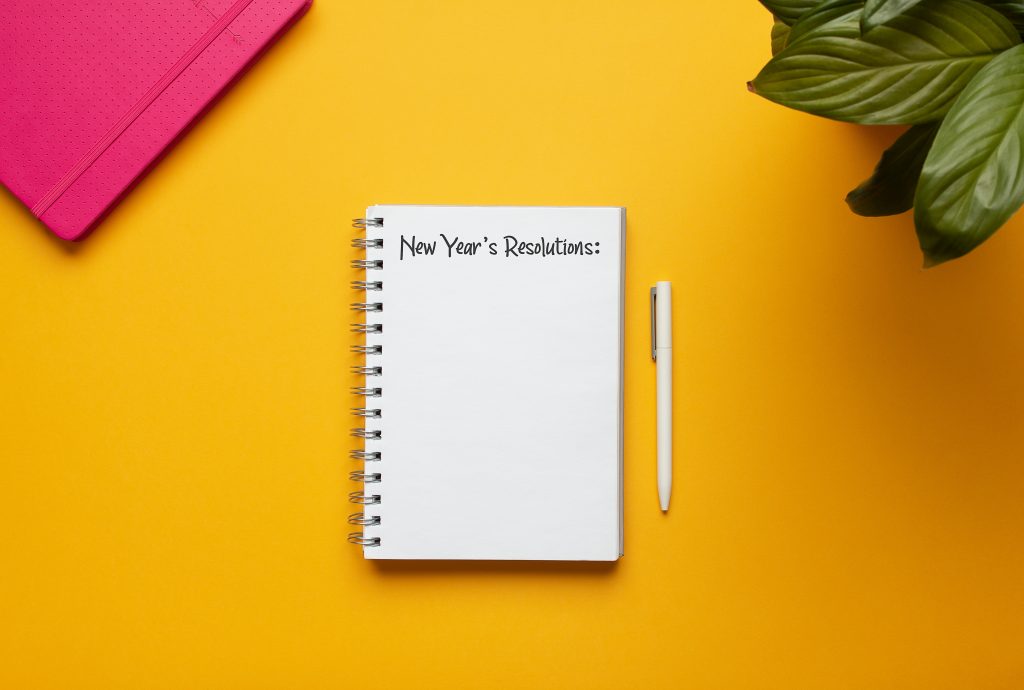 How To Keep Your New Year’s Resolutions Using Paper

The start of a new year marks a perfect opportunity to begin improving areas of your life, whether that be quitting an old habit, fulfilling goals, or trying something new. With over a million posts carrying the hashtag NewYearNewMe on Instagram, New Year’s resolutions are a tradition for most at the end of the festive season.

However, for some, these resolutions both start and end in January. Research conducted by Strava, a social networking site for athletes, analysed over 31.5 million of peoples exercising activity which showed that those who created fitness related goals in January usually abandon the goal by just the third week of the month.[1]

It can be difficult to keep those promises to yourself. Talking about a change you want to make in your life is a lot simpler than committing to that change. You can easily fall back into old routine when the motivation dies down or even forget about your goals altogether. In today’s digital world, it is easier than ever to type out a few quick resolutions into your mobile phone and then forget to check back in on them over the following days, weeks and months.

Sticking to your New Year’s resolutions, however, might be a lot simpler than you think. The Harvard MBA Business School conducted a study of how many people set themselves written goals for their financial future. It was found that only 3% of a class had actually put pen to paper and wrote out their goals, 13% had goals but not in writing, and 84% had no specific goals for the future at all. The study was concluded ten years later when the members of the class came together again to be interviewed on their financial stability. It was found that the 13% of the class who had goals but had not written them down, on average earned twice as much as the 84% without goals. The 3% that had written financial goals were earning, on average, ten times as much as the other 97%.[2]

These studies show a strong correlation between writing out goals and achieving them. The practice of writing out your goals creates a visual measurement of what you want to accomplish throughout the year. This provides steady and constant motivation, while also giving you a clear focus on your goals. For New Year’s resolutions especially, the novelty of creating these goals can fade quickly, to a point where they are completely overlooked by February.

Here we have put together three creative ways of writing down your resolutions to give you the best January start of reaching your goals:

Sometimes people quit their resolutions because they haven’t seen enough progress for how much effort they are putting in. A progress chart is a fantastic visual solution to that. It can clearly indicate how far you’ve come in a short amount of time, which ensures motivation along every step of the journey. The best part of a progress chart is that it is all catered towards what you want out of your goals: you can set the bar as low or as high as you want, you can come back to the chart daily, weekly or monthly to visually see the improvement, and you can even set rewards  for yourself when you’ve hit specific milestones.

The visual nature of a progress chart is a massive motivation for when progress seems slow at the beginning because it is a tangible representation of what you have achieved. You could take your chart to the next level by including pictures of what you want to achieve as an extra source of motivation.  For maximum effectiveness, place the chart somewhere where you can always see it, like in your bedroom or kitchen, so you can have that constant reminder of the progress you’ve made, and what you’re working towards.

Other times, people unintentionally abandon their resolutions simply because they can’t remember what they were. If the motivation for a resolution is lost and it hasn’t been written down, it may cease to exist entirely. This is why post-it notes can be a great tool for those who don’t usually write down their goals but find it hard to keep track of everything throughout the year. Once a resolution has been written down, it can be freed from the mind completely. Whether its stuck to a pinboard, work desk, or a bedroom wall, post-it notes are a great reminder of your goals for the year.

Post-it notes are also easily interchangeable. Perhaps you want to emphasise, elevate or concentrate on a resolution more halfway through the year, or simply want to remove one you’ve already achieved. This can easily be adapted without having to cross anything out, keeping your outstanding goals front and centre. They are a quick and easy way of keeping you focused with your resolutions throughout a year of growth and change.

Write Down the ‘How’ and the ‘Why’

For those who often do write down their New Year’s resolutions but find that their motivation for keeping them still fades, think about how you are writing them down. It’s easy to write a list of 10 things you’d like to achieve in the new year but without a plan of action, your enthusiasm for keeping them could run dry.

Say, for example, you’ve written down that you’d like to exercise more in the new year. The idea is there and wanting to make a beneficial change in your life is exciting. But this excitement is short lived once you realise that exercise means you do ACTUALLY have to exercise. So, you might put it off, make excuses or go a few times and think that might be enough. By this point, it’s possibly the third week into January – the week of abandoning goals. The idea is still there but the enthusiasm for change has definitely gone. This is where the ‘how’ and ‘why’ comes in.

The ‘how’ is the practical. It asks when you are going to exercise; early in the morning? In the evening after tea? Only on the weekends? It asks where you are going to exercise; at the gym? In a pool? In your living room with a workout DVD? It makes you think of every single question that you hadn’t really thought about in the first few weeks of January. The ‘how’ brings you back to reality. It is measurable and holds you to account if you’ve put the weights down early or skipped that morning jog.

Making use of any or all of these tips can help to cement your focus, create powerful emotional motivation, and provide opportunity to let your resolutions become long term habits.